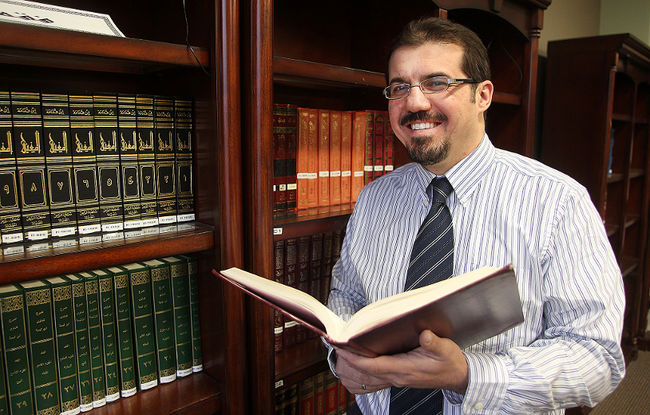 My thanks to Dr. Idris Elbakri, former President of the Manitoba Islamic Association, for his insightful words of hope (see article below).  I’ve had the privilege of working with Dr. Elbakri over the past two years, and continue to be inspired by his compassion and wisdom.

Can we be trumped?

I have been asking myself ever since the U.S. election night, could this happen here in Canada?

I worry because I am an immigrant to Canada. I follow the Muslim faith, and I am raising four children who so far, appear to be at ease with their multi-layered identities. I want that to continue.

I do not think that the millions who voted for Trump are all racist, that they condone his misogyny, racism and insulting abusive style. I am sure many do, but many (and I hope the majority) don’t. I think they voted Trump because he spoke to their fears and anxieties. People have economic, political, physical and cultural fears. These fears are so intense that validating them overcame any misgivings about Trump’s racism and misogyny.

These fears are complex and have been formed over generations. They are deeply embedded in the collective psyche of many Americans.

There is the fear that excessive secularism has created dominating public spaces almost devoid of any sense of absolute values or truth.

There is the fear that arises from the (rightful) struggle of historically wronged minorities. The achievements of these struggles are perceived as coming at the expense of the entitlements of those who belong to the “mainstream.”

There is the fear that arises from the daily struggle to put food on the table. It is easier to blame that struggle on the brown guy who just moved in than on the automation and digitization of many industries.

All Trump did is give voice to these fears in the most vulgar of ways. People forgave his flaws because they found his authenticity refreshing. It is tragic, because this billionaire will probably not really relate to the common man’s struggles.

So is Canada immune from all of this? We have our share of cultural, economic and political fissures. They are not as sharp or intense, but they are there.

Our politicians, civic leaders, media and public intellectuals have an immense responsibility to set a tone for how we process our differences of opinion, our sometimes conflicting value systems, our fears and our hopes.

So far, Canadians have largely voted out politicians who tried to manipulate our fears. But I wonder, if with every electoral defeat of the politics of division, if these divisions just grow stronger and simmer quietly under the radar, ready to erupt again.

I hope our politicians make a commitment to bring us together, not divide us. To calm our anxieties, not prey on them. To encourage dialogue, not confrontation. We can disagree about free trade, the environment, life or choice, the most sound immigration policy, etc., but we need political ethics that commits us to never allowing political expediency to overcome our decency and humanity.

I have been in Canada for 11 years. With every family road trip, school year, chat with a neighbour, newspaper article, election cycle, my love and appreciation for this country has grown, and so has my awareness of its imperfections and difficult past. I am optimistic that this love and awe will only grow and will never be undermined or trumped by the shortsightedness of an election campaign.

— Idris Elbakri is the former President of the Manitoba Islamic Association