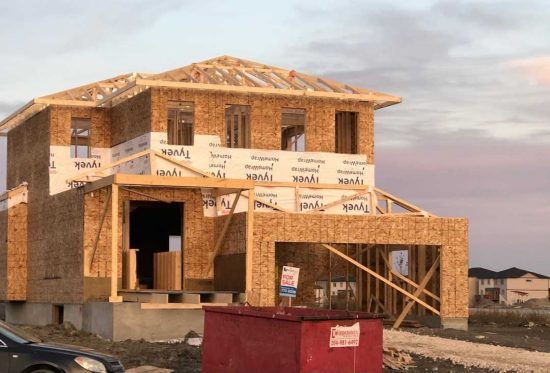 UPDATE: December 2, 2020
I’ve been receiving many calls from residents asking for assistance in dealing with homebuilders and the return of impact fees. For the record, and noted below, this was an ill-conceived plan by the Mayor and we are all now having to deal with many aspects of it. I’ve provided an update, and have also reached out to the Manitoba Home Builders Association (MHBA) who have provide me an update.

The City is returning the impact fee funding to the individuals OR companies that applied for the building permit. This is the City’s involvement in the process.

IF homeowners are not clear if the builder is going to return the impact fee, they should:
• Reach out to the home builder for clarification
• Contact their lawyer and seek clarity on the purchase agreement / contract that was signed between the homeowner and the homebuilder.
I am not a lawyer and cannot provide advice on the purchase agreement / contracts that were signed. Homeowners need to engage legal services to help them. As a Councillor, I cannot override a contract signed between a home purchaser and home builder. That agreement is independent of the City returning impact fees to whoever took out the building permit.

I reached out to the Manitoba Homebuilders Association to seek clarification. MHBA is the non-profit trade association whose mandate is to provide our members, the public and all levels of government with ongoing education and information about the housing industry in our province. MHBA association is comprised of home builders, land developers, renovators, manufacturers, suppliers, designers, architects, engineers, financial institutions, and mortgage companies, lawyers, and public utilities who each contribute to the on-going operation and success of the housing industry in Manitoba. This is what they are recommending also:

Refunds will be issued to the party who paid the impact fee to the City.

• If a homeowner did not directly pay the impact fee to the City and believes they are entitled to a refund, they are urged to contact their builder to review the details of the home builder’s agreement.
• The Court Order requires that a builder or other party who receives the impact fee refund from the City return it to the homeowner, subject to contractual arrangements.

As at July 9, 2020, the date the collection of fees was suspended, the City had collected $36.3 million in impact fees and have accumulated nearly $700,000 in interest, for a total of $37 million in the City’s Impact Fee Reserve Fund. Impact fees have been collected on 3,569 residential building permits since the fee took effect on May 1, 2017.

Interest on impact fees has been calculated from the date each fee payment was received, compounded monthly, to the present date utilizing the City’s bank interest rate. The accrued interest portion of the refund amounts have been calculated by a third-party professional services firm.

The impact fee was charged on residential building or development permits issued for developing regions of Winnipeg, set out as New Communities and Emerging Communities in OurWinnipeg and the Complete Communities Direction Strategy identified on the Impact Fee Maps.

The impact fee took effect on May 1, 2017 and was charged on residential buildings. The impact fee was paid before a building or development permit was issued for residential development In the Waverley West ward, between May 1, 2017 and September 30, 2020 a total of 1,250 building permits were taken out by either homeowners or developers. The total in impact fees paid by Waverley West residents during this timeframe was $11,899,542.17. This funding plus interest will be refunded. This was an ill conceived plan by the Mayor. This exercise has cost tax payers hundreds of thousands trying to justify the case in court, losing, and now the cost of refunding over $36.3 million, plus interest. Not to mention the breakdown of the working relationship every city must have with the development community.

This chart – taken from the last Impact Fee Financial Update report represents the communities of growth.