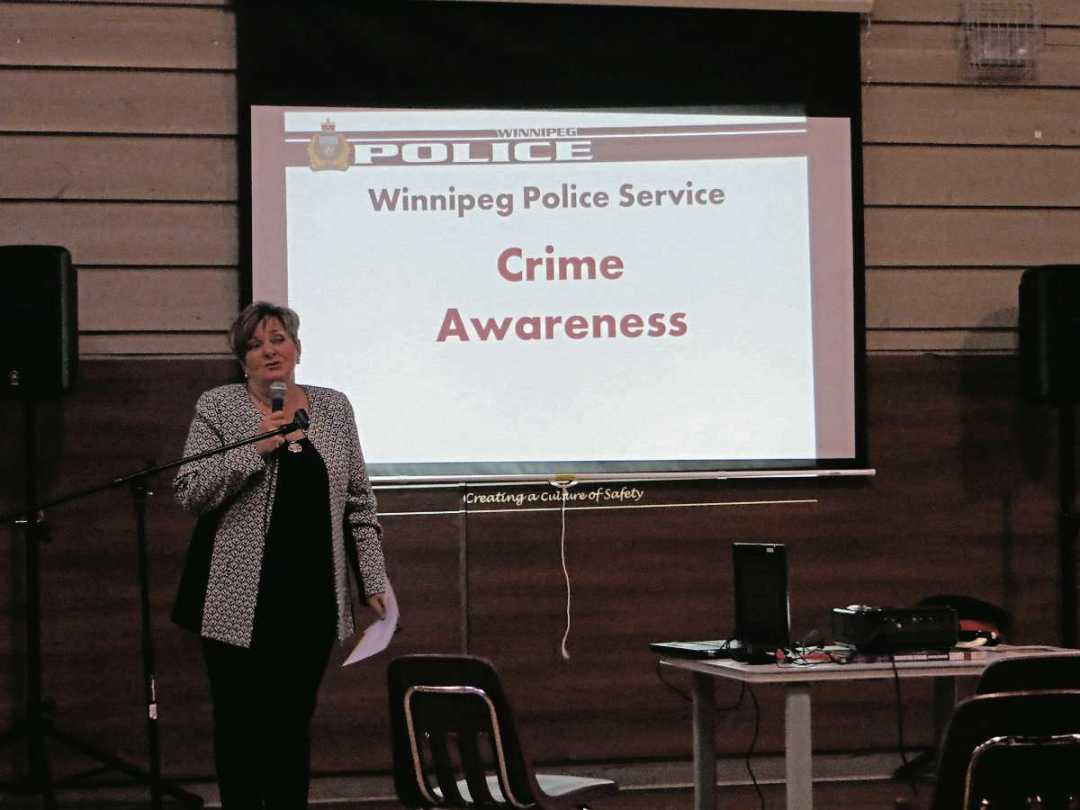 I was very pleased to host this important community forum on public safety last week in our ward.  With about 40 residents in attendance, it was a tremendous opportunity to learn about what we can all do by working together to keep our community safe.

For some tips on crime prevention and neighbourhood safety, or to learn about the Neighourhood Watch program, visit the Winnipeg Police Service website or contact the Winnipeg Police at the phone numbers in the article below.  My thanks to Kristi Anaka of The Sou’Wester for covering this story!

Focus on crime and safety at community forum

Apparently there has been some theft of construction equipment in the Bridgwater Lakes area that has resulted in an increased police presence.

According to 2015 City of Winnipeg CrimeStat statistics, one of the most common crimes in the area was break and enter. Most such crimes take less than three minutes and 66 per cent of them were through open doors. Other calls relating to this region included panhandling and graffiti complaints.

The speakers suggested that area residents call in any suspicious activities, as crime hotspots need to be identified so that more cars can be in the immediate area.

Residents also expressed concern that the nearest police station is at the corner of Shaftesbury Boulevard and Grant Avenue. The police assured residents that the average response time to any crime in progress is seven minutes or less.

It was also recommended that residents form a Neighbourhood Watch group to deter crime and keep an eye on suspicious activities.

Kristi Anaka is a community correspondent for Waverley West. You can contact her at kristianaka@gmail.com