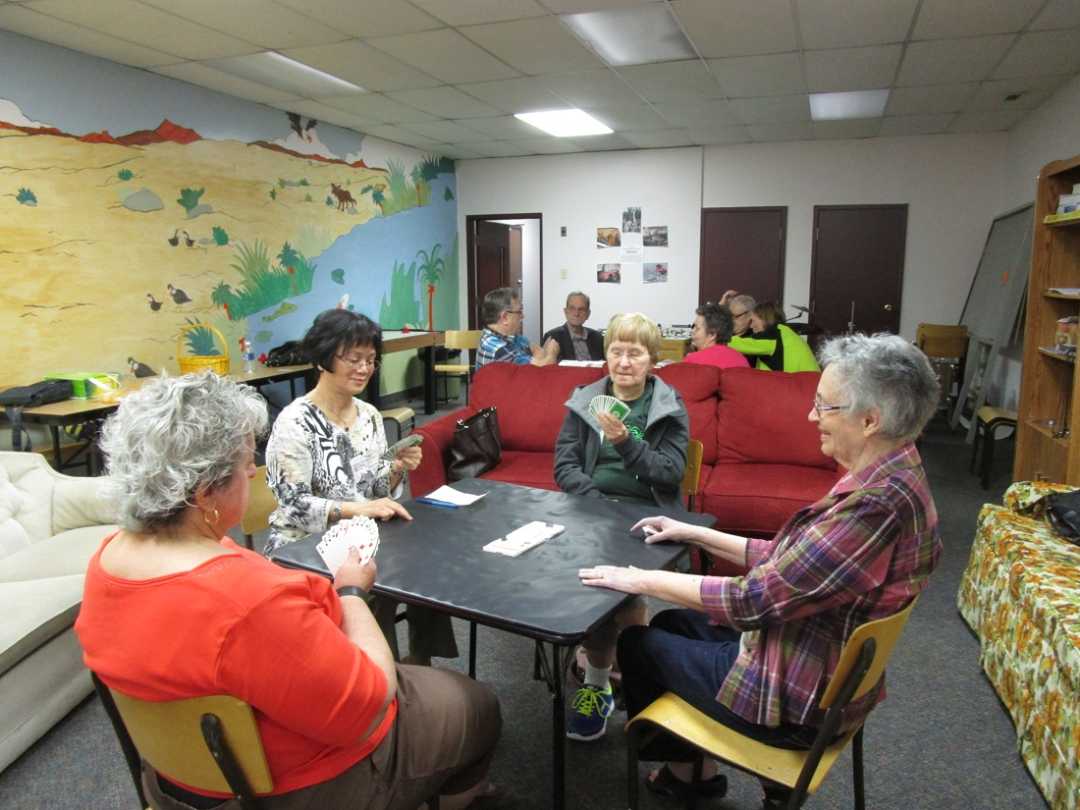 The mission of Pembina Active Living (55+) is to enhance the quality of life for older adults in South Winnipeg, and they are doing a darn fine job!

For more information, read the article below (my thanks to the Sou’Wester) or visit their website:  http://pal55plus.ca/

Seniors in south Winnipeg are reaping the benefits of active living and want more people to get involved.

On Aug. 23, 2016, Pembina Active Living (PAL) 55+ held its annual picnic and membership drive at the St. Norbert community centre. Over 600 people over 55 years old are involved in PAL each year, participating in programs such as gardening, writing, yoga, cycling, and more.

Birgit Hall, a Fort Richmond resident, has been a part of PAL for three years and has taken the opportunity to explore her community and learn more about the people who live there. She often attends seminars on health and wellness subjects and takes part in the cycling group every Wednesday morning.

“It’s fabulous. I’ve discovered much about Fort Richmond that I didn’t know,” Hall said. “It’s a great group and a nice outing.”

“I enjoy the camaraderie and getting to know the people in the neighbourhood,” she added.

PAL was formed in 2009 by a group of local seniors, including founding member Lois Abraham to address a lack of recreational activities in the area.

About 100 seniors joined the programming in the first few years, but the community that has formed around an active lifestyle continues to grow.

“We don’t want people sitting at home by themselves — that’s my motivation,” Abraham said.

PAL is currently in discussion with the South Winnipeg Action Team, a group of local stakeholders working towards a regional recreation centre, in hopes of developing a dedicated space for seniors programming.

“If we had our own facility we could have classes from nine in the morning to nine at night,” Abraham said. “So that would open us up for more use.”

Bob Roehle, president of PAL 55+, said securing a facility is one of the priorities for the community in the coming years, in addition to the growing the membership and increasing its diversity.

“We want to involve more new Canadians, the Asian population and Indigenous people,” Roehle said. “We have to reach out to them.”

“What we’re trying to do is improve the quality of life for adults — mature adults — in south Winnipeg, and there are a lot of them,” he said.

For more information about PAL 55+ go to pal55plus.ca