Request for Province of Manitoba to Hold Public Inquiry 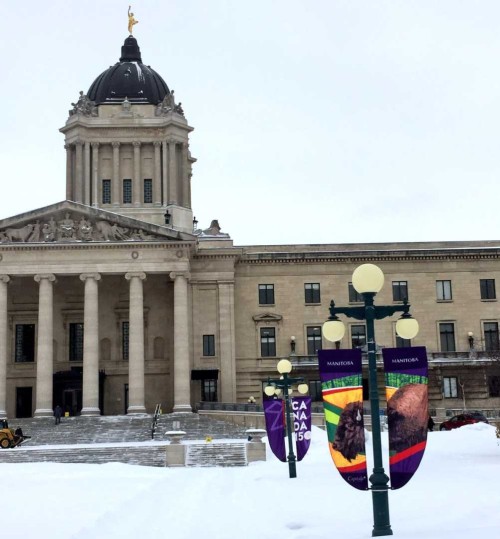 On February 22, 2017, Winnipeg City Council voted 15 to 1 to support a Motion requesting the Province of Manitoba to hold a public inquiry regarding processes and procedures between elected officials and senior public service members employed by the City and parties with whom the City may conduct business.

While I am not opposed to calling a public inquiry, I did not support the Motion for the reasons outlined in my remarks to City Council as shown below (I believe I read all sentences – but may have omitted/ added a word or two).

It’s important to note the Charbonneau Commission (Quebec’s 2011 commission on public contracts and corruption in the construction industry), which resulted in nearly 4 years of investigation, examination and testimony, cost Quebec taxpayers approx. $45 Million … about $1 Million per month.

My thanks to Winnipeg Metro for reporting on this story.

I rise to speak to the call for a public inquiry Motion today.  This is a Motion motivated by RCMP allegations against a former Mayor, elected members of council and senior civic staff related to bribery, breach of trust, falsification of books and documents, fraudulent billing, and kickbacks to civic officials.

These are allegations that have rocked City Hall and have had an enormous negative impact on public trust and the work of elected officials. I can’t think of more damning allegations.

I have been elected by the citizens of South Winnipeg-St. Norbert to come to City Hall and make decisions on their behalf.  Madam Speaker, my constituents expect me, they demand of me –  to ensure I make informed decisions when I vote on an issue.

My constituents expect me do research, to ask questions, to consider ALL possible options when making a final decision.

And my constituents expect collaborative leadership at City Hall on all issues, and heightened analysis that has significant financial implications.

Madam Speaker, we have a criminal investigation underway.  We are waiting for the RCMP as they conduct an investigation.  We do not have results from that investigation which would significantly impact the wording, the focus and scope of a Motion.

Madam Speaker,  I am not making a decision when I do not have all the facts and evidence.

I am not making a decision when research is still ongoing.

I am not making a decision when there is a risk that a public inquiry will occur concurrent with a criminal investigation – and may impact the outcome.

Madame Speaker,  I want it on the record that I am absolutely not opposed to calling a public inquiry – not opposed at all.   But Madam Speaker, I feel that today’s call for an inquiry is premature.

I realize today I may be the only one not voting to call an inquiry  – and I know I will take heat for that. But I must adhere to my principles. I’m not a sheep or a rubber stamp.

I want it (the Motion) to be strategic.  I want the Motion to have clear focus and precision when it is crafted.  Clear focus on the wording of a public enquiry Motion (the scope) greatly impacts the final (cost) to taxpayers.

I want the Motion to be based on facts and evidence.

And importantly  – I want to minimize the financial impact to taxpayers as much as I can.

I think it’s insulting to our Provincial partners to make this request in light of the fact of an ongoing criminal investigation. There is no rush – we can wait another few months – we can wait until all the facts are in.  Our ask should be strategic, and focused.

For me – it is a matter of principle – I will not prescribe medicine until I know the illness.

I will not subject the taxpayers to unnecessary costs.

I will not support today’s Motion to call an inquiry as it is premature.

Coun. Janice Lukes was the sole dissenter in council’s call for a provincial inquiry into how business was done at city hall under the former administration.

On Wednesday, the South Winnipeg-St. Norbert councillor told her colleagues that, in principle, she’s not opposed to an inquiry, but called the request to probe former real-estate deals “premature.”

She cited the ongoing RCMP investigation into allegations of fraudulent billing around the redevelopment of the new police headquarters and voiced concerns an inquiry could interfere with the investigation.

“I realize today I may be the only one not voting to call an inquiry, and I know I will take heat for that,” she said.

“But I must adhere to my principles. I’m not sheep or a rubber stamp. I do not want to prejudice a criminal investigation for political reasons.”

Lukes questioned why councillors need to rush into the inquiry request, arguing that the public has yet to see all the facts and evidence in the police headquarters case.

Other councillors did not share her concerns about timing and argued the city has a responsibility to restore residents’ trust in city hall and take action.

“The time has come for this motion,” said Coun. Russ Wyatt.

Mayor Brian Bowman promised he would call for a provincial inquiry after these allegations came to light.

He has previously explained a commission of inquiry would compel former city employees to testify under oath and get to the bottom of unanswered questions around numerous real-estate transactions.

An inquiry, however, would not conclude or recommend any criminal or civil liability for an individual or organization.

The province has expressed no interest in holding a commission of inquiry while the RCMP investigation remains ongoing.

In response, Bowman underlined the province is only being asked to commit to an inquiry, and the timing is up to them.

Bowman said other inquiries have coincided with police investigations, citing the Charbonneau Commission’s probe into the awarding of construction contracts in Quebec.

Moving forward, Bowman told reporters he plans to raise the issue with Premier Brian Pallister in person and through a formal letter.

Asked about whether any city funds could pay for an inquiry, Bowman said he wouldn’t rule it out, but typically the province foots the bill.