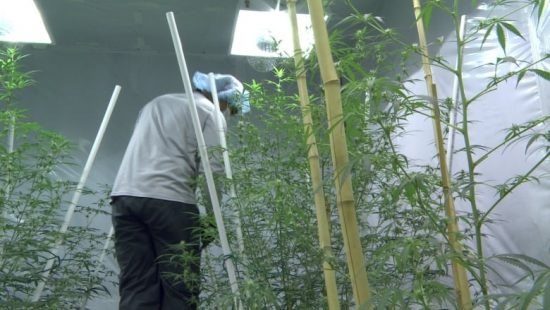 If you have any issues related to Cannabis sale or production (odour and security) please use the Cannabis Reporting Form.

Council directed the public service to look at details regarding land use regulations for retail operations for cannabis.

The Public Service presented a Cannabis Cultivation in Residential Areas report.
Councillors Sharma, Eadie and I then brought forward a motion requesting further action. We expect a report back in October 2021.

A trio of city councillors is seeking options to rein in large medical marijuana grow operations within some Winnipeg homes.
A new motion calls for city staff to explore potential new rules to ban medical cannabis cultivation entirely in residential areas or limit the number of plants that can be grown in each house.The public service should also provide zoning bylaw options to regulate or prohibit nuisance odours or any other “health hazards” from homes where cannabis is being cultivated, according to the motion developed by Couns. Ross Eadie (Mynarski), Janice Lukes (Waverley West) and Devi Sharma (Old Kildonan).

“Ultimately, what we’re talking about here is, if things are getting out of hand, somebody needs to be enforcing rules,” Eadie told council’s property and development committee Monday.
The motion also asks city staff to explore ways to regulate ventilation, electrical and other building systems to minimize odours, moisture, mould and any other impact of pot growth.
In an email, Eadie said he believes homes that devote at least half their space to medical cannabis no longer meet the desired use for a residential area.
“At 50 per cent and up, the main use of the property becomes medical cannabis cultivation/production, not a place to live,” wrote Eadie.

Council’s property and development committee voted unanimously in favour of the idea Monday night. It next moves on to full council for approval.
If accepted, a report would be expected in 180 days.
Several Winnipeg residents lobbied city hall for action on medical marijuana grow operations in recent months, which they blame for creating strong odours and safety concerns.
“The smell in the neighbourhood is overwhelming,” Laurie Monk previously the Free Press.
The Garden City resident said such homes can also be prone to unkempt yards, while she fears some of the owners may also not follow all fire and safety precautions.
“I’m just concerned about the community safety,” said Monk.
Lukes said additional safety concerns may be linked to some grow operations.
She noted the federal government launched consultation this month on personal production of medical cannabis, while noting a recent increase of “law enforcement activities” at some production sites.

“There are people who require (marijuana) for medical purposes, and they should be allowed to grow it. But what’s happening is people are abusing that ability,” she said.
A city report notes the issue is complicated by the fact Health Canada issues licences for both medical and recreational cannabis production sites. For medical cannabis, that can allow pot growth to support up to four separate prescriptions at one address.
While federal laws also allow up to four plants to be grown per household for recreational use, Manitoba laws prohibit that type of growth.