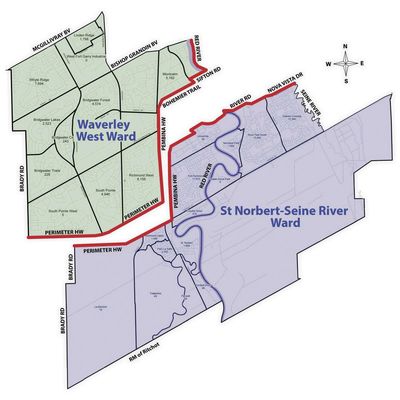 Thank you to the Sou’wester for covering this very significant change in South Winnipeg. It’s been a challenging four years handling the population growth and trying to respond to and represent citizens in the South Winnipeg –St. Norbert ward. It will be bitter sweet saying good bye to some communities and resident’s groups, but I look forward to meeting new residents and organizations in Whyte Ridge and Lindenridge during the fall campaign.

Winnipeg is experiencing significant growth and changes in the distribution of population, as evidenced by the recently released Statistics Canada’s 2016 Census of Population.

In South Winnipeg all we have to do is drive south on Kenaston Boulevard to see constant construction of new homes, apartments and condominiums in Waverley West! These growth trends are expected to continue for the coming years, and while this is very positive news for our city, rapid growth also brings challenges.

The population is approximately 70,000 residents based on 2016 census data and does not include the population growth over the last two years! The South Winnipeg-St. Norbert ward is more than double that of the St. Charles Ward (32,171) and comes close in double the size to the St. James ward (37,000), the Mynarski ward (42,000) and the North Kildonan ward (42,000). A ward with a population of 70,000 poses challenges in terms of service issues, citizen representation and basic electoral fairness.

In addition, councillors are allocated a set budget to secure office support regardless of ward population. The day-to day-reality of this large population base translates into a much slower turnaround time on responding to phone calls, emails, meeting availability. I must extend my heartfelt apologies for the less than desirable turnaround on emails, phone calls and meeting availability and hope citizens can understand why.

Coun. Mayes (St. Vital) and I brought forward a motion in 2015 to conduct a ward boundary review to focus on establishing constructive, workable, and durable ward boundaries for the future, within the existing number of wards. The result of the boundary review is that the South Winnipeg-St. Norbert ward is being essentially split in half.

The communities of St. Norbert,  Fort Richmond, Normand Park, Van Hull and River Park South will be now part of the new St. Norbert-Seine River ward, and the new Waverley West ward will include Whyte Ridge and Linden Ridge within the boundaries. These changes will become official for this fall’s civic election.

Though I won’t be campaigning in the communities of St. Norbert, Fort Richmond, and east of the Red River, I will be preparing a “Councillor’s Report to the Community” to summarize the tremendous work we’ve accomplished working together. It’s been an honour to represent these communities over the last four years and I will continue to assist citizens with their concerns to the end of my term.

Over the summer and fall, I look forward to meeting and discussing concerns and issues citizens have in the communities of Whyte Ridge and Linden Ridge as I familiarize myself with these great communities which will soon be part of the Waverley West ward.