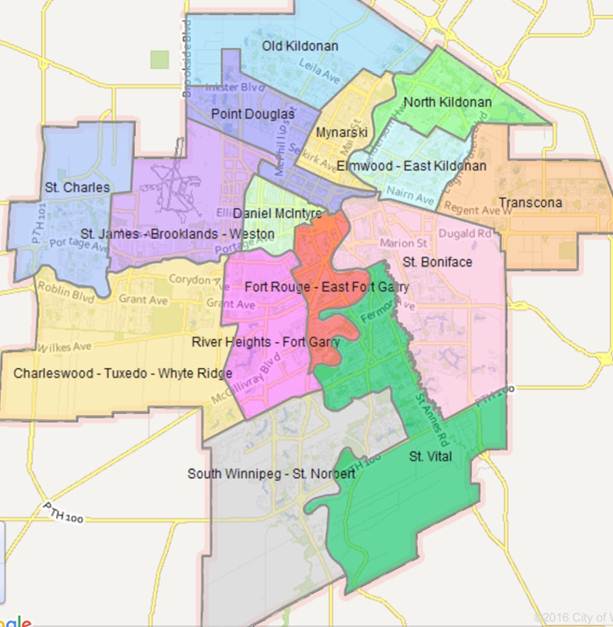 The South Winnipeg–St. Norbert Ward population is currently estimated to be 66,700+ residents, based on 2011 census data and a recent update on the number of building permits issued in Waverley West. This would make the South Winnipeg–St. Norbert Ward one of the largest, if not the largest in Winnipeg.  While this is great news, it also presents a number of challenges in delivering service to residents!  This is an important read!

The City of Winnipeg’s current system allocates resources to wards based on ‘ward name’ alone.  It does NOT allocate resources based on population.  As a result, the SAME amount of funding (Ward Allowance of $79,924 annually) is allocated to each Councillor to support the needs of residents, regardless of the ward’s population.  A Councillor’s Ward Allowance is used to fund the following services:

Ward sizes vary significantly throughout the City, based on the 2011 Census:

You can see the difference in populations; yet, the system provides funding support based on ward name – not population. I’ve been working with Councillor Mayes (whose St. Vital ward is growing rapidly) and the City Clerks Department to find some kind of balance to ensure residents receive a similar level of support – a more equitable distribution of resources.  The only way this will happen is to request a Ward Boundary Review, as there is no desire by other elected officials to look at a funding re-allocation based on population. To ensure a similar level of support to all residents, it’s necessary to initiate this review and a potential re-alignment of ward boundaries.

The City is embarking on a review, and a Motion has been brought forward for a “Ward Boundaries Commission“.  If changes are required, I anticipate they will be implemented after the 2018 municipal election.

The media coverage below provides additional information on this important topic:

In the mean time, I ask that you please be patient as we work through the many calls and requests our office receives from residents.