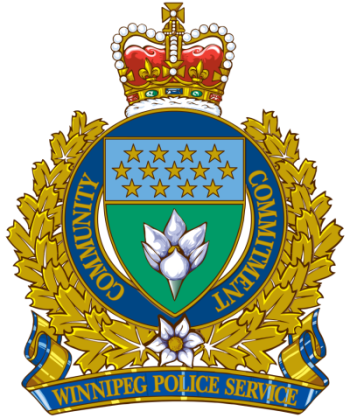 My thanks to the Winnipeg Free Press for reporting on this story.

If the Winnipeg Police Service gives you a call this week, take a breath, it most likely just wants your opinion.

Starting Tuesday and running through Saturday, polling representatives calling on behalf of the WPS will be contacting citizens selected at random in all areas of Winnipeg as part of the force’s biennial public survey.

It marks the eighth time the WPS has commissioned such a poll and results collected from the 20-minute phone calls are taken seriously, a spokesman said Saturday.

“We put out a business plan every year that kind of is the overall template for what it is our service is committing to do. One of the goals is to engage communities — we talk about enhancing communication, transparency and accountability. Another is to build a service that reflects the community it serves,” said Const. Rob Carver.

The poll’s questions touch on a range of policing-related issues, from officer courtesy and trustworthiness to police presence in neighbourhoods to red-light cameras.

Once compiled, the data will be made public later this summer and brought to the Winnipeg Police Board for its consideration.

In the most recent WPS survey (performed Sept. 1-5, 2015), 606 respondents answered more than 100 questions, providing feedback about perceptions of crime, safety and police activities in the city.

Of that group, 70 per cent rated the WPS as “excellent-good”, compared with five per cent who rated it as “poor-very poor.” Ninety-one per cent reported they had confidence in the police, with 50 per cent saying they had a “great deal of confidence.”

Seven per cent indicated they had “not very much” or “no confidence” in the city police.

“The results of those surveys change the way we look at the next year,” Carver said, adding recent data stressed a public desire for a focus on traffic safety. “I’ve seen first-hand the effect of survey results translating into operational policing.”

As such, he said, the week-long exercise should be viewed by the public as a chance to make its hopes and goals for the force known.

“It says ‘(Winnipeg) Police Service’ because we are (a service)… we need to know if we are doing that in a way that meets the community’s expectations. Because, ultimately, that’s what we’re supposed to be, and need to be, doing,” Carver said.

“I live in the city… I want my opinion heard. I hope my opinion counts and I hope people who live here will view this as an opportunity to feel they can make their opinion count.”

The public can also complete a 10-question version of the survey online at at www.winnipeg.ca/police.