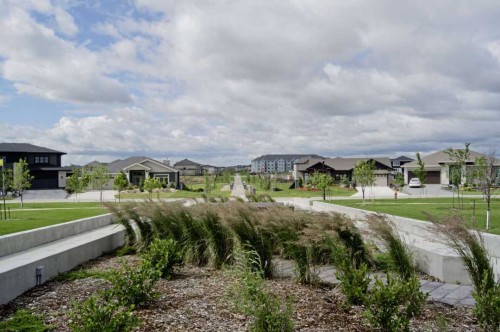 Bridgwater is the fastest growing community in the City of Winnipeg. Since being elected in fall, 2014, I’ve been dealing with many challenges related to a rapidly growing community. In my opinion, the City of Winnipeg was not ready and continues to be ill prepared to deal with issues related to a rapidly growing community. I’ve been working to resolve issues around parks maintenance, sidewalk snow removal, transit, traffic infrastructure, and a lack of recreation facilities ….. to name just a few.

On November 14, 2012, three conditions of approval placed a cap on the issuance of building permits in the Bridgwater Community.

i) An “early-years to grade eight” school has been constructed on one of the identified MHRC sites within Bridgwater Forest, Bridgwater Lakes or Bridgwater Centre;
ii) The Pembina Trails School Division has dealt with the school site in Bridgwater Forest;
iii) The extension of Kenaston Boulevard to The Perimeter Highway is complete.

At the July 10, 2017 meeting of the City’s Riel Community Committee, Manitoba Housing (developer of the Neighbourhoods of Bridgwater) requested the cap be lifted and they not comply with the condition set out in item i): An “early-years to grade eight” school has been constructed on one of the identified MHRC sites within Bridgwater Forest, Bridgwater Lakes or Bridgwater Centre.  For details, see the Winnipeg Public Service Report and Letter from Manitoba Housing.

The Riel Community Committee laid the matter over until its meeting on October 2, 2017, to enable additional time for Councillor Lukes and Manitoba Housing to discuss the building cap, and to try and find a resolution suitable for all involved.

My thanks to CTV Winnipeg and The Sou’Wester for covering this important issue.

The Riel community committee has put the brakes on development in Bridgwater Trails.

At its July 10 meeting, committee councillors Janice Lukes (South Winnipeg-St. Norbert), Brian Mayes (St. Vital), and Matt Allard (St. Boniface) voted to layover a development agreement amendment — which would remove a condition capping the number of building permits issued in the area — to December. A subsequent motion revised the decision to layover the item to October 2.

According to a City report, in November 2012 council approved the subdivision and rezoning for the neighbourhood of Bridgwater Trails with the condition that the number of building permits issued would not exceed 750 single-family permits and 300 multi-family permits until an “early-years to Grade 8” school is constructed on one of the school sites within Bridgwater Forest, Bridgwater Lakes or Bridgwater Centre; the Pembina Trails School Division deals with the school site in Bridgwater Forest; and the extension of Kenaston Boulevard to the Perimeter Highway is complete.

Developers, including Manitoba Housing and Renewal Corporation and WSP (formerly MMM Group), requested the condition to build a school in the area prior to the issuing of more building permits be removed.

According to Jim Gallagher, a land development consultant with Manitoba Housing, 603 single-family permits have already been issued in Bridgwater Trails and the cap is quickly approaching.

“We’re the fastest-growing neighbourhood in the city by far. The number two project in the city is less than half our volume of lots,” Gallagher said.

“We will probably reach the 750 in September, maybe as late as October, and essentially we’re dead in the water then.

“This is an immediate issue,” he added. “We will be in a position of having to inform our builders that we will be working to a shut down in two to three months.”

Bryan Ward, a senior planner with WSP, told the committee that condition was inconsistent with development agreement parameters and was outside of the developer’s control.

“Schools are built to provide a service to a population and if that population isn’t there yet and the school division doesn’t see the need to build that school, why would we as a land developer be held up from building or be forcing the school division and the province to build schools that don’t align with the need that they see,” Ward said. “It’s not to say that a school might never be built, but why would it be attached to a number of units when that number of units isn’t dictating the need for the school?”

In a letter to the city, Manitoba Housing estimated that $320 million in private sector investment would be lost if the issuing of permits was stopped.

In making the motion to layover the vote, Lukes said she is the “last person in the room who wants to stop development,” but building a community is more than building houses and apartments.

She added that she is in conversation with the province and is waiting to see what the results of those talks will be.

“I know that it will delay a project but we’ve delayed development projects before in my ward and in other parts of the city to get to the desired outcome,” she said.

PHOTO:  Development in Bridgwater Trails is expected to come to a halt in September due to a development agreement condition mandating a school be built in the area before more than 750 single family building permits are issued.   DANIELLE DA SILVA – SOU’WESTER

— An earlier version of this story reported the development agreement amendment was laid over to December at the Riel community committee meeting on July 10. Following the subsequent public hearing, the regular meeting was reopened and a walk on motion was brought forward to layover the development agreement amendment to October 2. *Correction from Councillor Lukes:  The report was not a public hearing, but a regular agenda item