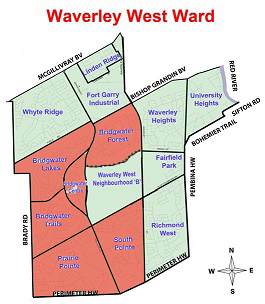 I’ve piloted many projects over the years seeking to improve traffic safety in Winnipeg. The idea of a ‘pilot’ is to test out the theory.  Many positive results can come from pilots, and while they might cause a bit of disruption for some, overall pilots are necessary to ensure improved safety.

The Province of Manitoba now allows the City to determine and apply streets speed limits. Until recently, only the Province could apply or change street speed limits.  I know the idea of changing residential streets speeds can be controversial at the best of times, here are the reasons why I felt the City should conduct a pilot – in the motion format:

THEREFORE BE IT RESOLVED that the Standing Policy Committee on Infrastructure Renewal and Public Works be requested to direct the Winnipeg Public Service to pilot a 30 km/hr speed limit for a period of three years on residential streets within the following neighbourhoods:

When this motion came to the public works committee, on April 21st, I requested that no action be taken, but instead to have the department focus their efforts on looking at which streets to open up for pedestrian and cycling access due to COVID-19.  We were in the middle of finding ways for people to physical distance, and I felt the department’s energy should be focused on COVID related issues.

The City does have a report coming forward in June (2020)  that will discuss residential speed limits and if any changes should be made. I look forward to seeing what the public service engineers are going to recommend.