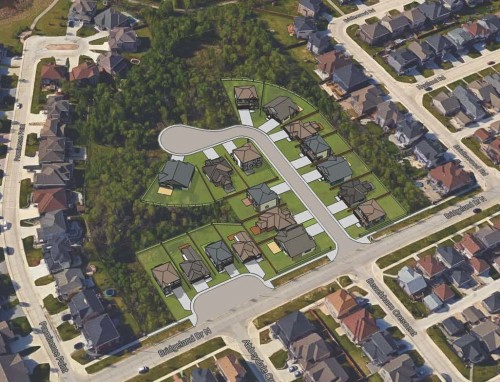 COMPLETE A COMMUNITY SURVEY BY NOVEMBER 6:  Bridgwater Forest Neighbourhood Association (BFNA Facebook Page) is conducting a survey and asking the community if they agree with Manitoba Housing’s proposal and what should be put on this site.  The survey deadline is Mon., November 6, 2017.  SEE SURVEY: https://www.surveymonkey.com/r/MWT7M3K

As background information, on May 3, 2017, Manitoba Housing, developer of the Bridgwater neighbourhoods, hosted an open house to receive community feedback on its proposal to build 21 lots on a 6.9 acre property at Prominence Point and Bridgland Drive North.

MANITOBA HOUSING UPDATE:  Based on the comments received at the May 3rd Open House, Manitoba Housing has revised the development plan to:

Details are shown in the drawings below.  Manitoba Housing has stated it intends to move forward with this revised plan for subdivision with the City of Winnipeg later this year.   A date has not yet been finalized. For more info, contact Manitoba Housing at 204-945-5944; email housing@gov.mb.ca; or visit their website. 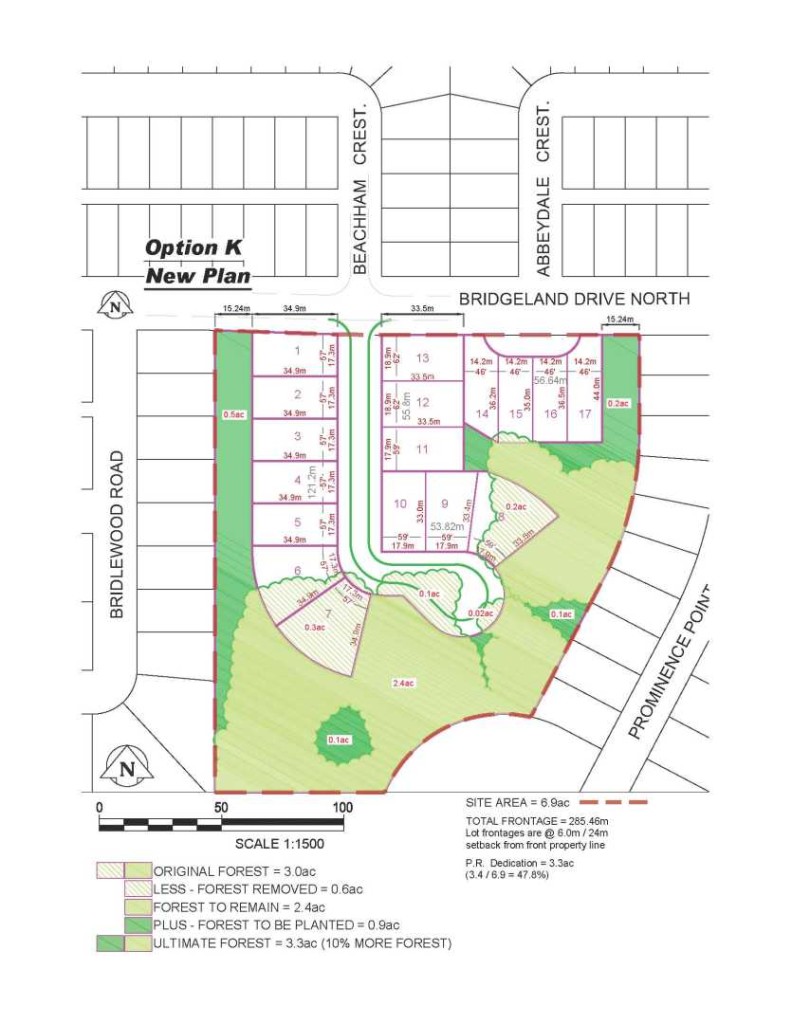