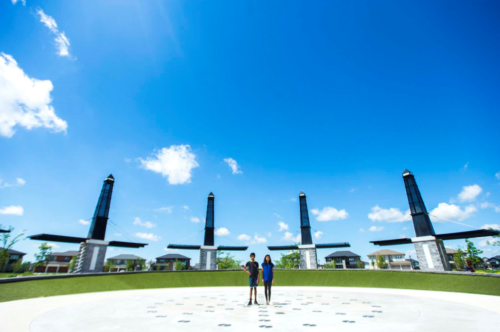 Residents in two south Winnipeg neighbourhoods say they’ve lost access to area parks and splash pads because of a funding dispute between city hall and the developers who built the communities.

“When we moved here almost three years ago, we bought into the whole concept they were selling – the family-friendly neighbourhood with splash pads, fountains, soccer fields and parks,” said Kala Subramanian, who lives in Bridgwater Lakes. “I feel cheated.

“We’re paying property taxes and we’re not getting access to any of these facilities. We should ask the city for a refund.”

Area Coun. Janice Lukes said she believes the developers — Manitoba Housing in the Bridgwater communities and Ladco Company Ltd. in South Pointe — complied with the terms of their development agreements, but she’s frustrated as it appears civic officials realize there’s no money in the city budget to maintain these facilities.

“When I was first elected to city hall, a more experienced councillor told me that the new suburban neighbourhoods are like a city hall Ponzi scheme,” said Lukes (South Winnipeg-St. Norbert). “The property taxes the residents in the Bridgwater and South Pointe neighbourhoods pay every year are not used to support facilities out there – because there aren’t any.

“Instead, it’s used to pay for existing amenities elsewhere, and the new suburbs get nothing.”

Ladco built a two-acre playing field in 2014. Terms of the development agreement stipulated the company had to maintain the field for one year, and then turn it over to city hall in good condition.

Manitoba Housing — a provincial Crown corporation — had similar agreement with city hall for the network of trails, playing fields and splash pads/fountains it constructed in the Bridgwater neighbourhoods.

Lukes said the new suburbs were developed according to conditions agreed to by city hall, and some of the recreational amenities were required by the city. She said it’s become painfully obvious departments aren’t prepared to assume the suburban responsibilities, even though residents are paying property taxes.

City officials conceded as much two years ago.

David Domke, the parks manager, told a group of councillors during a budget presentation in September 2016 successive councils allowed new suburban developments but did not set aside maintenance funding for the additional green space.

Domke said suburban growth added 252 acres of public green space between 2010 and 2015, but his branch wasn’t provided any additional funds to maintain it, and even had to cut staff.

“Within the last few years, existing resources for park grass maintenance have been stretched even further than normal due to the addition of new developments and reductions in parks maintenance staff,” he said at the time.

Lukes said the council elected in 2014 hasn’t addressed this problem and residents in Waverley West are fed up with waiting. (The next civic election is Oct. 24.)

“The residents feel like they’re the goose that keeps laying golden eggs for all of Winnipeg,” Lukes said. “The residents of Waverley West have no problem paying taxes towards the greater good of Winnipeg, but they do want their soccer fields and splash pads maintained.”

A spokesman for the City of Winnipeg said it’s aware of the issues.

“The City of Winnipeg is addressing areas of concern related to the Waverley West amenities with the developer, in accordance with the provisions of specific development agreements,” said David Driedger, manager of communications. “As these discussions are ongoing, we are not able to provide greater detail at this time.”

Michael Carruthers, Ladco’s manager of land development, said civic officials don’t believe the South Pointe playing field meets the city’s standards, adding, however, the firm has had a local soccer official inspect the field and found no issues with the turf.

Carruthers said while area residents are using the field on a casual basis, sports leagues aren’t allowed to include it into their programming until the city takes it over.

“We’re negotiating with the city and we’re hopeful that we can come up with a resolution,” he said.

Officials from Manitoba Housing were not available for an interview, but the department released a statement stating its staff believe they’ve complied with all terms of the development agreement.

“In all new housing developments, the responsibility for public areas is eventually transferred over to the City of Winnipeg, usually within one to two years after being completed. We met and exceeded this requirement,” said the statement from Manitoba Housing, adding the department had maintained and operated a neighbourhood fountain for five years, and soccer fields for six years.

Manitoba Housing turned on one of the Bridgwater fountains for one day this year — for a neighbourhood celebration — but has kept the water off all other times.

Area resident Priscilla Hatae said her two young children and their friends don’t care about the dispute between city hall and developers.

“They just want to play in the fountain,” she said. “The residents are paying our property taxes, but we’re not getting services for it.”