The Neighbourhoods of Bridgwater – a Provincial Development 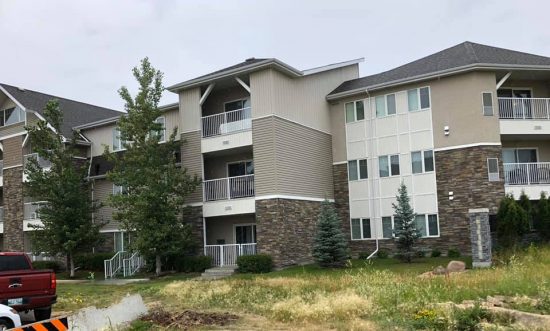 Since being elected to office in 2014, I’ve been involved in the development of three communities:

3. The Neighbourhoods of Bridgwater, being developed by Manitoba Housing and Renewal Corporation (Crown corporation of Provincial Government)

The Neighbourhoods of Bridgwater are extra special in that they have twice the greenspace and more kms of pathways and naturalized ponds of any other community in the City of Winnipeg ! All in all – very spectacular!

Development of a community is a very complicated process:

During this 2-3 year period, it can be very confusing for area residents to understand who is responsible to maintain the infrastructure.

A common assumption is – because it’s a ‘public space’ (roads / parks / fountains / boulevards/drainage / sewers / etc) it is the City who is responsible- BUT – during the initial few years following construction, it is the developer who has the maintenance responsibility.

What’s been extremely interesting in my experience, is that two of the three developers (Ladco and Qualico) have been in the development business for many decades, and are extremely experienced in efficiency, project management, and the ability to understand and meet City specifications when building a development.

I will say, with almost six years of working with the three developers, there have been – and still are – challenging times with Manitoba Housing and Renewal Corporation’s ability to meet City specifications, and maintain what they have built prior to final handoff. The staff is pleasant to deal with and accommodating to the best of their abilities.

I spend a great amount of time working with residents to assist in understanding that many of their concerns are still the responsibility of Manitoba Housing: drainage issues, fountain issues, park and boulevard maintenance, etc.

I also spend a great amount of time ensuring infrastructure is built to the agreed upon City specifications. I know it can be incredibly frustrating for residents in this construction period, but it is important to understand:

I will continue to work with residents, assisting them in understanding who is responsible for maintenance, and will continue to work with Manitoba Housing and City departments to ensure they construct to City specifications and meet their obligations set out in the ‘Development Agreement’ contract. This is an agreement between the City and Manitoba Housing and is the City’s responsibility to ensure they meet these requirements.

BUT – if you have concerns about the OVERALL performance of Manitoba Housing’s development abilities, and the costs being incurred on repairs and replacement of infrastructure – please raise your concerns with Jon Reyes MLA for Waverley , who is the Provincial representative for The Neighbourhoods of Bridgwater. Manitoba Housing is a Provincial entity, and we now have an MLA who you can speak to you about your concerns. I have raised my concerns with him.