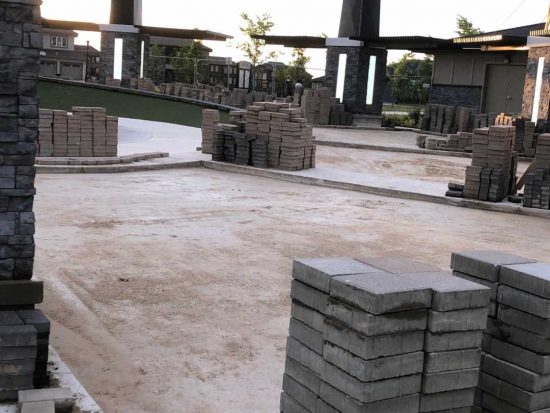 The City of Winnipeg requested Manitoba Housing (the developer) make final repairs to the Fountain before the City takes complete responsibly of all aspects of the fountain – see details: June 7, 2019 Update

The City has accepted the mechanical operations of the fountain but is waiting for Manitoba Housing to complete the upgrades to:

Regarding the paving stones:

The compaction finally met the requirements –  and now Manitoba Housing’s contractor is starting to set the paving stones back in place.

This is incredibly frustrating I know – BUT – if Manitoba Housing – the developer – didn’t fix the compaction and tripping hazards – the City would have had to do the job at a cost to taxpayers. The development agreement contract with Manitoba Housing states they are responsible to ensure it is handed off in top condition.

I have not received a completion date from Manitoba Housing on when the paving stones will be set back in place. They know this is a huge issue.  I will add – Manitoba Housing is a division of the Province of Manitoba. They are not professional land developers SOLELY focused on developing communities, like professional land development companies: ie: – Ladco Co. (founded in 1919) or Qualico (founded over 60 yr ago). There are unique challenges for development companies whose primary focus is – not land development.