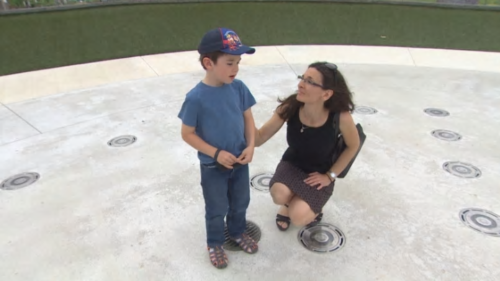 Thank you to CBC for covering this very important issue. As I’ve not had a direct response back from my second letter to Mayor Bowman, I see from this article the Mayor has city officials continuing to seek a solution. I hope the Mayor’s involvement can move city staff in a more expedient manner. I’ve been working with city officials for upwards of three years in hopes of finding a solution on the soccer fields. At some point, someone has to make a decision.

PLEASE KNOW:  I’m still very concerned about the proposal to rip up and replace the soccer fields. There is only one tax payer who ultimately will bear these costs one way or another. Through many discussions I’ve had with Manitoba Housing and Renewal Corporation and Ladco, both have made formal offers to the City to provide cash vs. ripping up the soccer fields and reconstructing.

Currently I am seeing that many fields fall to a much lower standard once the City accepts maintains.

Kids left high and dry in dispute between city and province

Residents in Waverley West are down two soccer fields and one splash pad this summer because of a contract dispute between developers, including Manitoba Housing and Renewal Corporation, and the City of Winnipeg.

The splash pad at Water Bend Park and the recreation field at Bridgwater Lakes, both built by Manitoba Housing, as well as the Tim Sales Drive Soccer Field, built by Ladco, are closed.

Developers want the city to take over the facilities (and the responsibility to maintain them) while the city wants to continue negotiations before assuming ownership. In the meantime, weeds are spreading on the fields and the splash pad is bone dry.

Bridgwater Lakes resident Tracy Arias said the water feature, which doubles as an illuminated fountain at night, was what drew her young family to the area. She wanted a place nearby where her six-year-old son could play.

“It’s affecting the community like crazy. The kids aren’t coming out and it’s just really sad,” she said.

“I would like someone to just step up and be the adult in this situation.”

Mayor Brian Bowman’s office told CBC in an email the city is doing its due diligence before taking over ownership of the splash pad and fields. 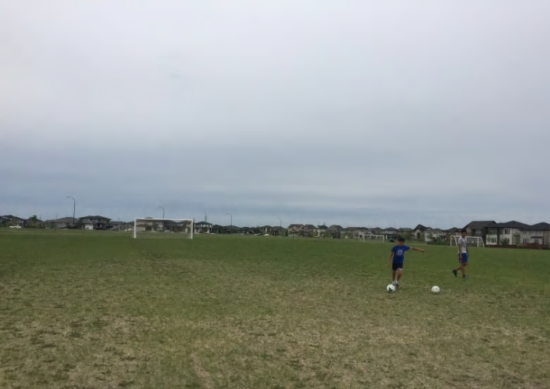 “Work is currently being undertaken to ensure the assets being transferred to the city meet the specifications outlined in the associated development agreement,” wrote Jonathan Hildebrand, a spokesperson for the mayor.

“To that end, the mayor has encouraged city officials to actively work with developers in the area to ensure the transfer can be completed as soon as possible.”

Ladco could not be reached for comment but the provincial government provided CBC with its side of the dispute.

A spokesperson for Manitoba Housing wrote in an email the public housing corporation “met and exceeded” its contract by maintaining properties for five years. Normally assets are handed off to the city in two years, the spokesperson said.

“The five-year period ended last fall, and the city has advised us they are not prepared to operate the fountain,” a spokesperson for Manitoba Housing wrote.

“As a result, we did not turn the fountain on this year, with the exception of a family fun day in the neighbourhood earlier this month.”

Mayor should step in: councillor

In two letters to Bowman this week, South Winnipeg–St. Norbert Coun. Janice Lukes asked him to use his powers as mayor as well as his legal background to clear up the cloudy contract dispute.

“I’m sure there’s a way to negotiate between the two parties to resolve this,” she said.

Along with the eyesore of a dry splash pad, Lukes said there is a high demand for outdoor recreation fields. More than 1,700 area kids are signed up for soccer this summer.

​”We don’t have a community centre. We have one school that’s over capacity so the gym use is basically unavailable,” she said.

“[Residents] pay their taxes every year faithfully to the City of Winnipeg and they want their assets working.”

In order to satisfy the city, Manitoba Housing said it has agreed to re-sod the entire field even though the province said it had been maintaining it for more than five years.

“It doesn’t meet their specifications for weeds. We will be re-sodding the field at our expense this year and will then transfer maintenance and responsibility for the sports field to the city,” said a Manitoba Housing spokesperson.

Lukes said that could mean the field is out of commission for two soccer seasons and cost the province as much as $500,000. Lukes said Ladco is covering the cost to re-sod the field it built as well, a cost that could run as high as $250,000.

This isn’t the first time residents in Waverley West have seen public park areas abandoned after developments are completed. In 2016 Lukes spoke with CBC about flower beds in Bridgwater Forest overgrown with weeds when a landscaping contract with the developer, also the province, expired.

Since then, Lukes said Bridgwater Forest has relied on volunteer weeders and money from her ward fund to pay for landscaping.

There are more than 700 athletic fields in the city and 18 spray pads. The city said it costs between $3,700 to more than $20,000 each year to maintain spray pads and about $10,000 per hectare to cut grass and do other field maintenance work.