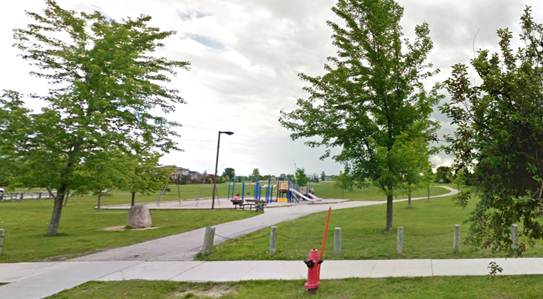 I’m very pleased to announce funding for upgrades in Kirkbridge  Park and a decision on the baseball diamond fencing.  The park upgrades and fencing discussion have been a year in the making, thus a rather lengthy update on this page. I am also available to discuss ‘in person’ for those who would prefer.  I will be at Waverley Heights Community Center on Tuesday evening, April 26:

I am working with the Richmond West Neighbourhoods Association (RWNA) to organize another public meeting to discuss the park upgrades. I recognize the above meeting date on April 26 is short notice, but wanted to get the information out to residents ASAP. When RWNA finalizes a date, I will share details of that meeting on my EVENTS page.   UPDATE:  RWNA will host a meeting on Wed., May 18 at 7:30 p.m. at Bairdmore School Library.

I was not aware of the level of maintenance which South Winnipeg Community Centre (SWCC) provides to Kirkbridge Park, and will assume that some residents may not know about the their services and role:

I knocked on thousands of doors in Richmond West during the City of Winnipeg 2014 election campaign, and heard a common request from many residents:  Please Upgrade Kirkbridge Park!   This public greenspace was constructed over 20+ years ago as a community sports park, with baseball diamonds, soccer fields and fitness trails. This popular park is used extensively by the neighborhood, is a tremendous recreation amenity for the community, and is in dire need of an upgrade.  Residents asked for a broad variety of improvements:  fix park pathway system, add kilometer markers, install more benches, plant more trees, install a bathroom, construct a shade structure, and more!!

Following the election, I put up posters in the community inviting people to attend a meeting (June 10th, 2015) to discuss park upgrades. The long and short of the story is that we all discovered a dormant residents group!  Years earlier, residents backing onto the park had united to install park lighting. Mr.  Plaetinck, who led the initial group (RWNA), very generously stepped up to lead again and discussions began in earnest around prioritizing park upgrades. I attended multiple meetings with RWNA to determine the park amenities needed and developed a list of priorities.

At the same time, I was working with SWCC to understand their development plans for the coming years.  Many area residents are acutely aware of the extreme shortage of recreation space in South Winnipeg. With the rapid growth of Waverly West, we have a bursting population of young children in the area playing soccer, baseball, cricket, hockey and more! The old, small Waverley Heights Community Center  simply can not handle the increased demands of residents in our growing community.

I’ve been working with multiple organizations, securing planning funding, researching other recreation facilities and more  – all with the goal of developing a new recreation complex in South Winnipeg. For details SEE HERE.  Excellent progress is being made, and I encourage you to attend the SWCC Annual General Meeting on June 13 to learn more!

During my meetings with both RWNA  and SWCC, I learned SWCC was planning to upgrade the large baseball diamond in Kirkbridge Park. SWCC followed the exact permitting process which the City had asked them to follow;  yet, that process did not including sharing development plans with area residents who backed onto the park. Clearly, there was a communication breakdown. We most recently learned the City Permit department did not make the City Parks department aware of the upgrades either.  It’s clear that the City’s ability to communicate, both internally and externally, has challenges that many of us have been working on since being elected.

While improvements are being made, there are situations that have derailed, and I find myself putting the pieces back together. The baseball diamond fencing is one such project.  We all worked hard to find some kind of ‘interim’ solution, and we thought we had that with the seasonal fencing, but was recently informed that would not be possible.  Following discussions with SWCC, it was determined a 4’ fence could be installed. A 4’ fence is less obtrusive than a 6’ fence, and shrubbery and greenery can be planted around it if residents so desire.

WHY IS THE FENCING NEEDED?

Mr. Plaetinck and RWNA have been extremely generous in providing time to meet and discuss the park upgrades and fencing issue, as has the SWCC Board of Directors. We are very fortunate to have such strong community interest in our parks and children.  Many, many meetings have occurred over the past months regarding both park upgrades and the baseball diamond fencing. The City Parks department has also been working hard to find a solution.  I recognize there is no ideal solution which will make everyone happy, but a decision is required.

Again, I am available to meet in person on April 26, take e-mail or phone calls or meet one on one.  SEE CONTACT 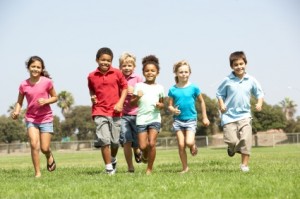