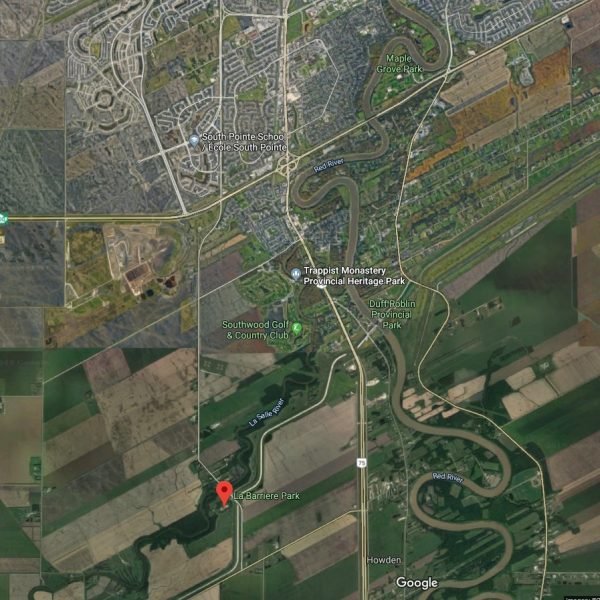 La Barrière Park is not located in the Waverley West ward, but is a nature lover’s paradise located just minutes away and waiting to be discovered by the growing population of South Winnipeg! I have been exploring this park for the past 20 years and it still holds many surprises for myself and my family!  This 323 acre (84 hectares) park hugs the banks of the La Salle River, just outside the southern edge of the City of Winnipeg. Located at 4403 Waverley Street, the park is open from 7:00 am – 10:00 pm and is one of four City owned parks that are located outside City limits. The park is located minutes from the community of Waverley West, and from the University of Manitoba. Travel 6 km south of the intersection of Waverley Street and the Perimeter Highway into the RM of Ritchot till your cross the La Salle River bridge and turn right into the park. If you want to see the floodway travel a little further south along Waverley and you can peer into the 47 km long ditch!

The park is located outside the City and does not fall under the responsibility of one Councillor,  but over the past 5 years, Councillor Lukes, Mayes and Chambers have made La Barrière Park a re-investment priority.

La Barrière Park is named after a very historic event which led to the creation of the Province of Manitoba. Thank you to Heritage St Norbert for this information located on their website: