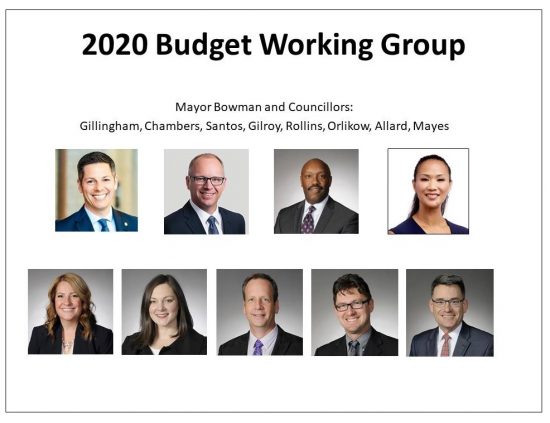 The Mayor has announced that the four years of balanced budgets will be tabled March 6th. At that point in time, the public and the remaining seven Councillors will be able to review and provide comments.  If it is anything like past budgets, Councillors not on the budget working group will have approximately 2-3 weeks to review four years of budgets, each with billion-dollar operating and capital budgets and most likely will not be permitted to have discussions with department directors before the final vote.