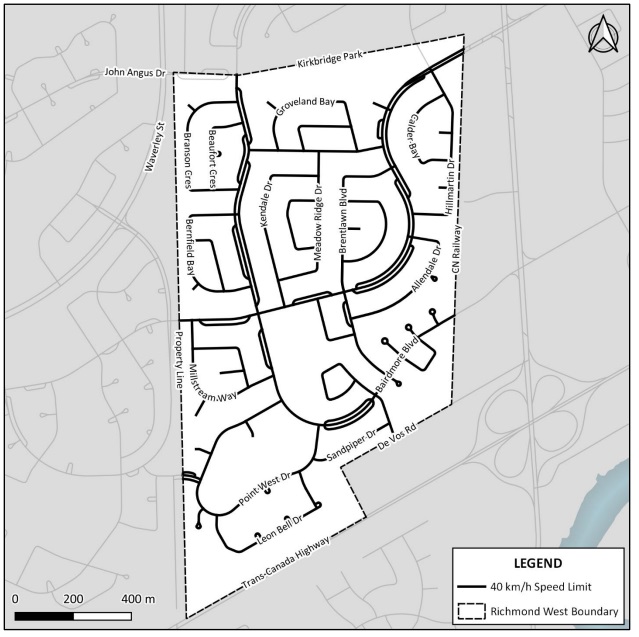 The City of Winnipeg engineers have selected a portion of the Richmond West neighbourhood to be part of the Reduced Speed Neighbourhood Pilot study:

You can review the criteria used to identify the neighbourhoods included in the Pilot in the Residential Speed Limit Review report. The pilot projects were proposed by the engineers and approved through Council meeting on April 21, 2021. Please know, the engineers spoke to me about this pilot and I agreed to it on the condition that the speed limit they test is 40km. Some neighbourhoods will be piloted at 30 km. I will not support a pilot of 30 km in the Richmond West neighbourhood.

It will take 18 seconds longer to travel a kilometre – if the speed is reduced from 50 km to 40 km. An additional 18 seconds.

WHY IS THE CITY DOING A SPEED REDUCTION PILOT?

There are many reasons, here are a few:

IS THIS A MONEY GRAB ?