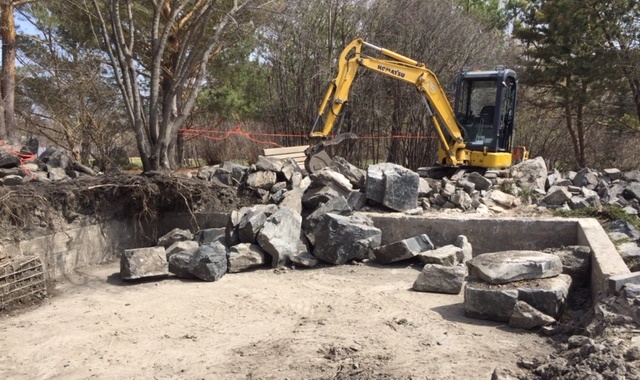 According to the most recent update this week from the Parks Department, they expect testing of the new fountain will occur in mid to late June and with the goal of having the fountain fully operational by July. This was the first project I approved when elected, and I will be more than ecstatic to see it working!  An entirely new ‘fountain system’ had to be developed because the previous system required a very high level of maintenance and then ultimately broke down. Previously the water was drawn from the Red River and pumped to the fountain. Excessive silt and debris would always plug up the filtration system (you can see the blocked filter in the photo) which ultimately led to the pump breaking down.

I’ve had many folks ask for details on the fountain, so:

When funding was approved in the 2014 budget, the Park Department planned to drill a well and pull water for the fountain but discovered the water had too high a saline content and would have a negative impact on the surrounding ponds.  The Parks Department then looked to creating a ‘closed loop’ system with water cascading from the top pond (basin) down to the bottom pond (basin) and then being pumped back up to the top basin. The system will be filled annually with water from the City potable water system, and will have a basin depth sensor that will trigger automatic water resupply as required. The Department does not  expect a great replenishment volume will be required as it is a closed loop system, with losses expected to be from evaporation, splashing and possible animal consumption.  The supply water is “tap water” which people drink or use for their pets, and chlorine does dissipate quickly through attachment to bacteria and organisms, through aeration (tumbling down the waterfall) through exposure to sunlight and with the addition of water from precipitation or overland flow. The waterfall aesthetics and operation was prescribed as having to have “a flow of water visible to the park visitor…in a natural and attractive manner..”, so we expect to see and hear the water moving, but not quite Niagara Falls!

The contractor is cleaning  the original basins, and the concrete structure is sound and has held water without leakage. The main top basin is about 23 feet by 23 feet square, and will have a depth of about 18 inches of water.  The new bottom basin has been shaped with clay banks and will be a similar size, and will be  sealed with a rubber liner. All of the basins and the edges of the waterfall channel will be edged with the large  black stones that are on-site, as well as sculpted and colored concrete as appropriate. The entire system will hold/move about 10,000 gallons of water.

Once the waterfall restoration is completed, it will look like a waterfall that has a bottom basin/holding pond that is separate from the lake. When it first begins operation, there won’t be any water in the lake channel, just the main lake basin, so it will appear as a “stand-alone” feature.

Currently the lake is dry due to low snowfall and lake of rain. The Parks Department is hoping to remove all dead vegetation in the next couple of weeks, and then pump river water into the lake.

Long term, the goal is to restore the lake. Many will recall providing input into the development of the King’s Park Strategic Masterplan in 2015. The final report (King’s Park Strategic Master Plan) provided an overview of what would have to occur to restore the lake. I would like to see this restoration occur as the lake is a key feature of the park and will work towards this goal. 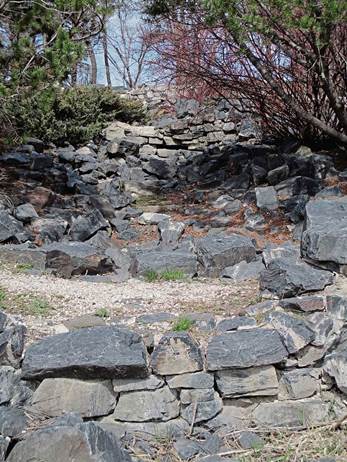 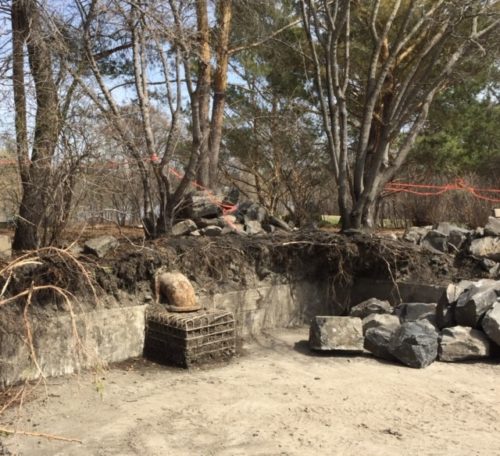