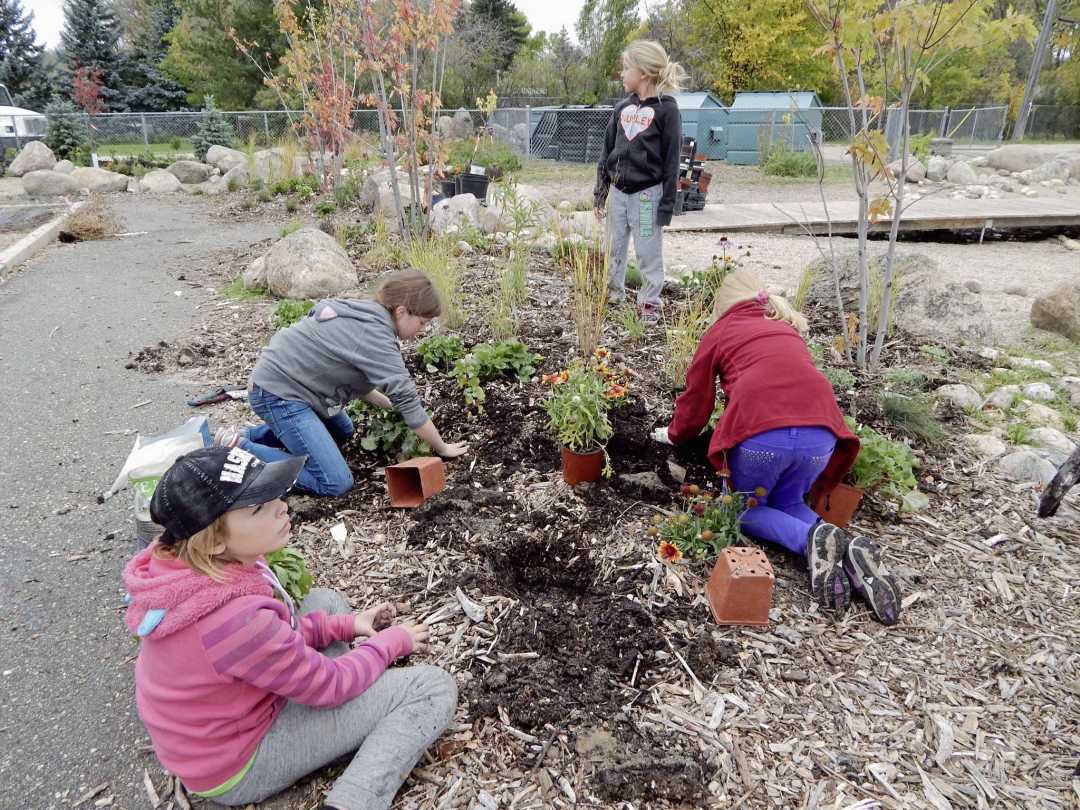 As Councillor of the South Winnipeg-St. Norbert Ward, I am very pleased to have worked with École St. Norbert Immersion and community residents in the upgrading of this key recreational and play area.  Besides enhancing the habitat along the La Salle River, this beautiful location serves as a unique spot for residents of the community to get together.  Congratulations to the St. Norbert Immersion Advisory Council on a job well done!

The project began about four years ago, when standing water and pea gravel in the schoolyard was identified as a hazard to children using the space.

“The project started off as an initial ‘Let’s fix up the yard because we had a lot of standing water,’” SNIAC president Christen Lewis said. “It grew from there.”

Over the four years, the council, volunteers and students worked on creating a new outdoor classroom in front of the school, building a number of berms on the property, and removing pea gravel from the play structure. Members of the council include Samantha Braun, Sonia Chabot, Jason Greenall, Chantal Hofer, Christen Lewis, Toivi Penner, and Tracey Schlamb.

“Because it’s a school, we wanted it to be able to use it as a classroom. Whatever we created was going to be used as a place for kids to learn hands-on about science, bugs, flowers,” said Toivi Penner, vice-president of the SNIAC.

“They’re playing with the outdoors the way we did when we were kids and that’s amazing to see,” she said.

“It’s something that’s usable for the whole community,” Penner said. “Our school doesn’t currently have any children in wheelchairs or noticeable physical disabilities but our goal was to have a glider (an accessible structure).”

To purchase the accessible structures SNIAC has to raise another $33,000 to reach their fundraising goal of $240,000. The council was given a federal grant of $88,000 but must match that amount to receive the grant.

“It’s such a huge project and it’s been going on for four years, but seeing it and we’re so close to the end; the kids love it,” Penner said.

According to Lewis, the project’s benefits extend beyond the classroom.

“It’s a very popular spot for people in the neighbourhood,” Lewis said. “Our school backs onto the La Salle River, and with the forest back there, people come through the schoolyard for cross-country skiing, hiking and access to the river for fishing.

“I know that the area between the school and the forest, there wasn’t much in there, but with the stuff that we’ve put in it’s much more natural,” she said. “Aesthetically it’s just awesome.”

The SNIAC would like to thank its sponsors and invites community members to drop by the site to see the work that’s been done. The projected completion date is September, 2016.  To get involved with the backyard project, email cyhofer@gmail.com