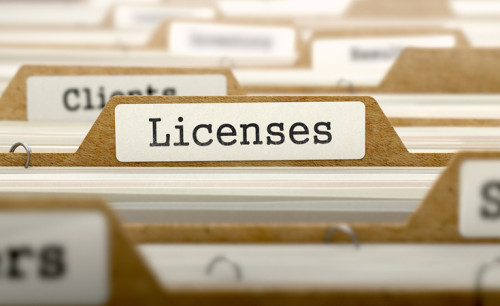 May 7, 2018 the Review of Rental Rooms in Single Family Dwellings was released to the public following a year’s worth of study by the Public Service. This is a very detailed report that reviews the challenges and opportunities of licensing rooms in houses in and around the University of Manitoba.

The Public Service does not recommend expanding the current licensing regime in the City of Winnipeg to include the licensing of small scale rental housing such as single family homes that are simply rented. There are opportunities to continue to improve the existing by-law enforcement strategy related to small scale rental housing, including the investigation and enforcement of potential illegal rooming houses.

Actions the Public Service plans to pursue (and described further in Appendix 4) include:

Because this report is very detailed, I plan to invite the Public Service to a community meeting late fall to discuss what the next steps will be in reviewing and updating the by-laws and regulations related to rooming houses. I’ll work with the Fort Richmond University Heights Neighbourhood Association to plan a date.

I am very pleased to have the Winnipeg Public Service fully engaged in studying options for implementing regulatory licensing requirements for single family homes that rent rooms.

Recently, I made a Motion asking them to review and consult with other municipalities that have implemented regulatory licensing requirements for single-family homes with rental rooms, and report back within 90 days with an implementation plan to identify, license and inspect single family dwellings with rental rooms in the neighborhoods adjacent to the University of Manitoba (i.e. Fort Richmond, Agassiz, Montcalm and University Heights).

In response to this Motion, the Public Service will be consulting with municipalities and local organizations (residents, U of M Students’ Union, etc.) to prepare recommendations which will be presented to the City’s Standing Policy Committee on Property and Development, Heritage and Downtown Development in fall, 2017.  The City of Winnipeg has an obligation and fiduciary duty to protect the public and vulnerable persons residing in structures though enforcement, licensing, permitting, by-laws and inspection of dwellings and structures.

Due to this extreme shortage of affordable housing at the U of M and in the surrounding residential community, many home owners are constructing rooms to rent in their homes, but are not complying with Manitoba building code regulations or adhering to City zoning requirements for single family homes.

This problem is not unique to communities around the University of Manitoba. Many other communities throughout North America that are in close proximity to large universities experience scenarios of rental rooms being added to single family homes.  In response, many communities have established regulatory licensing by-laws, regulations and fees to ensure safe living conditions.  I’ve listed a few interesting examples below:

My sincere thanks to the hard working volunteers of the Fort Richmond-University Heights Neighbourhood Association, and to the many residents in surrounding communities who have reported concerns about rental housing to 311.  Your actions are making a tremendous difference in this horrific issue.   If you observe potential by-law infractions, please report them to 311.

My sincere thanks to the Metro News Winnipeg for covering this important story.

Why this Winnipeg councillor wants to crackdown on illegal rooming houses

A Winnipeg landlord attempted to wriggle out of an evacuation order for allegedly violating a fire code earlier this week, providing insight into a growing problem in South Winnipeg.

On Monday, Syed Bokhari contested the order issued against his South Winnipeg single-family-zoned, which stated the building had been “altered or occupied for purposes of providing accommodations for boarders, lodgers or roomers” without conforming to building codes.

According to Bokhari, not only is he not responsible for the 14 beds counted by the fire inspector in the home–as he holds a lease agreement with only one tenant–anyone living in the home with his tenant has a “shared culture” and “shared values,” like a single family.

Bokhari also explained he has sought permits for and done renovations to make the electrical, fire alarms, and basement windows code-compliant. Item by item, he went through the rules he was alleged to have broken and earnestly asserted he had done no wrong.

“The premises… under no circumstances poses a threat to life and safety,” Bokhari said.

Coun. Ross Eadie said “it sounds like there are a bunch of individuals who are not related living in that house… it seems to me this house is not zoned appropriately for that kind of rental agreement.”

Bokhari shot back, “Is there any zoning bylaw that it goes against?”

There is, and the fact that it was an appeal for a fire code violation and not a zoning violation didn’t matter much.

Director of Fire Prevention Janet Bier said the inspector issued the order partly based on the 14 beds, windows that wouldn’t allow egress, and locks on main floor bedrooms. The inspector concluded “it was being used as what we would call a rooming house, which contravenes the fire code, as well as the zoning bylaw.”

If it were a legal rooming house, it would need smoke detectors, two means of egress to every suite, and fire separation doors.

While the city addressed this one lone property – akin to many which have proliferated around the University of Manitoba – South Winnipeg Coun. Janice Lukes calls the imperfect process a game of “whack-a-mole.”

She’s pushing the city to do more.

“Very savvy landlords will try and look for any loophole they can,” she said.

That was in part why she introduced a motion Tuesday calling the city to launch a cross-jurisdictional review on rooming house licensing and other best practices.

Lukes said she’s spent more than two years trying everything else city staff recommended. She rallied people in neighbourhoods adjacent to the U of M, had them form an association that has since been active in reporting the issues that come up, and she conducted a supply-and-demand study with grad students from the school.

But beyond the whack-a-mole game, nothing has made a dent in single-family dwellings being used as rooming houses.

Lukes thinks the “residential licensing” idea–which has had some success in a number of Ontario jurisdictions including North Bay, Waterloo, London, and Oshawa–may work.

It would essentially treat the suites like a small home business and require landlords like Bokhari to voluntarily register their single family dwelling as an income-generating property, giving the city the ability to not only quantify such homes, but also impose hybrid zoning rules that could make them safer.

“It’s like a hair salon–you register them, then they have to meet up to obligations,” she said.

“Students get the raw end of the deal”

Lukes said she would prefer the licensing mechanism to fire code inspections and evacuation orders because, for the most part, the students renting in these situations aren’t the problem.

“The ultimate decision is on the fire inspector or zoning (officer), if they feel it’s not being used as a single family unit, they have the authority to evacuate them, which is sad because the students get the raw end of the deal,” she said.

Lukes explained many in the illegal rooming houses are international students who struggle to rent through legitimate leasing companies, or they don’t get into or can’t afford the limited U of M housing available.

Eric Liu faced all of those problems when he moved from his native China to Winnipeg to study at the U of M.

His main goal was just living close to campus, but he didn’t get into on-campus housing, couldn’t afford a one-bedroom apartment, and lacked a co-signer for leasing companies to consider him eligible for renting.

He ended up renting a single-family-style bungalow that had been divided into eight separate living spaces. They were each rented out at $450 per month.

In March, 2017, one similarly packed home on Pasedena Avenue actually did catch fire—luckily, no one was home.

New fees could also be coming

If council approves the bylaw, likely at its April 26 meeting, the city will introduce new inspection fees of $100 per illegal room or suite, with a minimum penalty fee of $500.

“It’s putting some teeth into the bylaw, and that’s what residents want,” said Lukes.