Sky’s The Limit For U Of M Housing 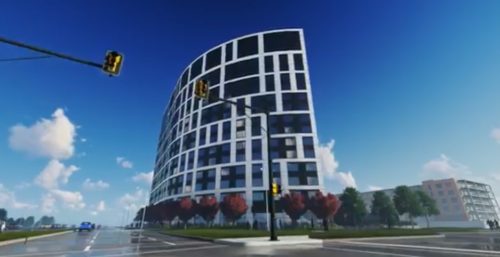 Thank you to Ryan Thorpe and the Winnipeg Free Press for always providing such good coverage to the illegal rooming house issue. Much appreciated by all.

Sky’s the limit for U of M housing

An unprecedented student housing development, which could help cut down on the number of illegal rooming houses near the University of Manitoba, officially broke ground last week.

Developer Campus Suites is building a $70-million, 16-storey apartment complex at the corner of Bison Drive and Pembina Highway, which is within walking distance of the U of M.

Representatives from the developer, general contractor and architect, as well as members of the U of M Students Union and area residents association, attended the ground breaking last Thursday.

“I think everybody in attendance was, and is, excited about this opportunity,” said Michelle Richard, a spokeswoman for the project’s urban planning consulting team.

Campus Suites is owned by Winnipeg-native Henry Morton. His company has developed and managed mixed-use student-housing complexes around Canada.

The apartment complex, on the 2500 block of Pembina Highway, will have 352 suites and parking stalls for 176 vehicles and 256 bicycles.

The building is being advertised as the first of its kind in Winnipeg.

“Without a doubt this development is going to set the bar, not only in terms of design and the actual building itself, but also in the provision of safe, accessible student housing.

“(It) will be really transformational for the community,” Richard said.

The project has been in the works since the summer of 2017. Morton told the Free Press in March that construction could start as early as June or July, but complications pushed back that timeline.

Construction is underway, with the opening slated for the fall of 2020.

The development has received support from area Coun. Janice Lukes (South Winnipeg-St. Norbert), who has made cracking down on illegal rooming houses near the U of M priority during her time in office.

In August 2017, Lukes sponsored a study that found there could be as many as 150 illegal rooming houses near campus, in which students live in dangerous, cramped conditions.

“Students have suffered, obviously, due to the fact there isn’t quality, modern, safe student housing. This project will be a very huge contributor to helping resolve that issue. (Lukes) has lived and breathed this issue for many years now,” Richard said.

“The fact this project is being built with a $70-million private investment in this city, without public support, is something in itself. But for it to be purposefully built for student housing is quite phenomenal.”