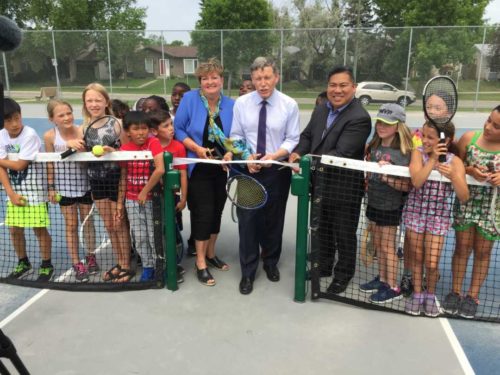 Shortly after being elected in 2014, I met with the Bonneycastle Parent Council to discuss upgrading the tennis courts and soccer field in Martha Call Park – situated directly beside Bonneycastle School. The school and Parent Advisory Committee were supportive.  I also held many discussions with area residents and all agreed that updating the soccer field and tennis courts was a priority.  The park is heavily used by the staff and students at Bonneycastle in the day, and by area residents in the evenings and weekends. It is important to note that the tennis courts are open to the public for use throughout the day as they are located in a City park.

I approached Terry Duguid, Member of Parliament for Winnipeg South for funding support. Together we raised $358,500 in funds to develop brand new facilities for the community to enjoy. See City of Winnipeg Press Release 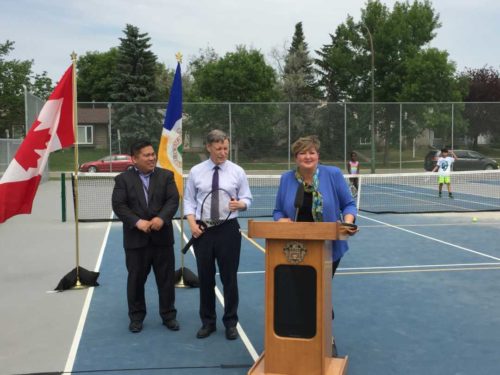 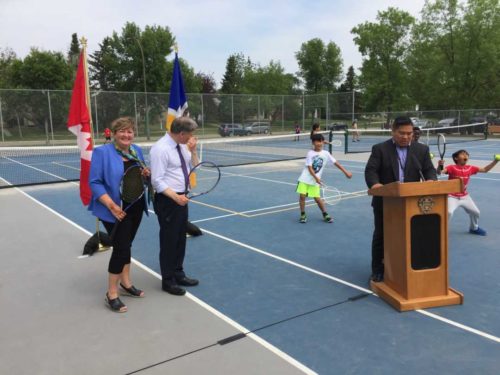