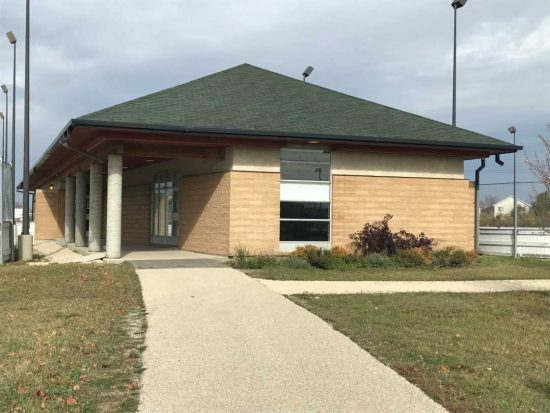 Since Pembina Active Living (55+) moved to the Grace Christian Church in 2012, PAL (55+) has been offering programs there and at various other venues in South Winnipeg. By early 2015, the Board decided that PAL would need to find a new home, one that would accommodate all of the programming, AND a casual drop-in for members to meet and socialize over a cup of tea or coffee.

The ad hoc Facilities Committee was formed and tasked with the mandate of finding such a facility. There were a couple of disappointments and false starts during those years.

Throughout that time, PAL was fortunate to have a champion in Janice Lukes, now City Councillor for the Waverley West Ward. In mid-August Lukes approached the President of the WRCC to determine interest in having PAL share their space. Negotiations began, culminating in a meeting on January 13, 2021, where both sides agreed on the terms of a rental agreement. This agreement will still require approval from the City of Winnipeg.

The Whyte Ridge Community Centre is located at 170 Fleetwood Rd in the neighborhood of Whyte Ridge. Lukes has confirmed that Winnipeg Transit has announced it will be changing one route to run along Fleetwood Rd, and onward into Fort Whyte Alive. The main parking lot will accommodate 53 cars.

The WRCC facility is a fairly new building built in 1998. It features a covered entry way as well as large windows in the four main rooms. Amenities include a multi-purpose room with a capacity of 96 people, a small kitchen and a canteen that opens into the lobby area.

Due to youth hockey programs moving out of neighborhood community centres, a couple of rooms in the WRCC facility became underused. Under the agreement reached with the WRCC Board, PAL will be permitted to renovate one room to be used as an administrative office and another as a meeting room.

These areas will have new commercial grade carpeting, window coverings, and a new colour scheme. The office will contain two work stations as well as support functions.

The meeting room will double as a space for activities such as the Writing Group, the Book Club and could function as a classroom for small group activities.

The active programs such as yoga, Zumba, line dancing and various exercise classes will all be held in the multipurpose room. Social activities like the Still Bloomin’ Garden Club and art and crafts activities, including painting and the PAL Stitchers group, would also be scheduled to operate in this room.

The most exciting and long desired amenity will be the drop-in area in the main lobby. Meet friends for a morning coffee. Stop in for refreshments after a class in the Multipurpose Room. Play a game of Canasta or maybe a board game.
Adjacent to the new PAL office and right off the main entrance, will be an open area furnished with tables and chairs, with a few potted plants for ambiance.
WRCC has agreed to look at a new colour scheme in the space.

It will be available for casual drop-in times, as well as organized activities such as bridge and mahjong.

Visible in the photo is a canteen opening into the lobby, as well as a small kitchen down the hall. The intent is to have coffee and tea available at certain times, and in the future that could include some light snacks.

The WRCC is situated on a large parcel of 4.4 hectares. While the usual ice rinks and sports fields are most noticeable, there are walking and interpretative trails around the site, including about 400m of tall grass prairie, as well as a butterfly garden complete with benches.

One corner of the property features a grassy area surrounded by trees that would be an ideal spot for outdoor yoga, Tai Chi or even bocce ball in the summer. And one of the rinks has lines painted for three outdoor pickleball courts for those members interested in games outdoors. The Still Bloomin’ Gardening Club is already planning gardening projects.

When Manitoba Health advises that we are all clear to meet in groups again, post Covid-19, PAL will be ready with a new facility to welcome you. Watch for updates in the coming weeks including some 3-D artist’s renderings to what the interior spaces will look like when completed.

There are many possibilities going forward, so please consider volunteering to help make them realities.